I follow Maggie from Saintly Heart on Instagram (she’s also on FB, and this is her web site), and she was recently telling me about her boys’ names, which I just love, so I asked her if I could share them with all of you and she said yes! Woo!

Her handsome boys are named:

Sooo handsome, right?! I’ve never seen Savio used as a first name before, but I like it!! Maggie writes,

“My husband and I are huge Saint lovers … We love sharing the faith when people ask us where’d we come up with those names. Most people think ‘Blaze’ as in fire so we get to catechize there and then our little Savio gets the most unique questioning and we get to share about the sweet St. Dominic Savio then!“

I love love love the idea of evangelizing through names — I think it’s one of the most fun and easy ways to do so, and it can really make a difference to those who hear the stores of how the names were chosen and to whom they refer.

Thanks to Maggie for sharing!! 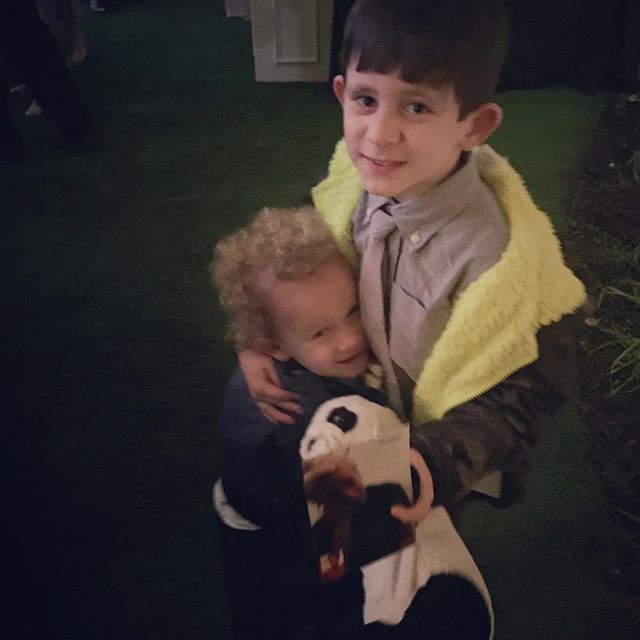 6 thoughts on “The Saintly Heart boys”

Happy feast of Sts. Anne and Joachim!! You all know how special St. Anne is to me and to Sancta Nomina, and I wasn't thrilled at how distracted I've been leading up to her feast day. My annual St. Anne pilgrimage has been postponed until later in the summer, and I missed the novena leading up to her feast. But then of course there's no reason not to start a novena *on* her feast day, so I am! Today! For all of you and in thanks! And I was given this mug today unexpectedly -- a little hello from heaven. ☺💖🌺 I also posted a #birthannouncement on the blog for twin boys with the most fantastic #names!! You must check it out!! Have a wonderful feast day!! {link in bio} #catholic #name #babynames #catholicnames #catholicbabynames #twins #twinnames #powerfulpatrons
Sr. Maria Benedicta 😍😍😍
Sr. Zelie Maria Louis 😍😍😍 #sistersoflife #catholic #name #names #catholicnames #religiousnames ((screenshot from Facebook))
Happy Monday! We're summer-ing it up over here, I hope you are too! 🌞🌞🌞 I just put another #babynameconsultation by @theresazoewilliams up on the blog -- Mama and Papa are expecting their sixth baby, a boy who Papa really wants to #name John. But Mama has more adventurous taste! Go check it out and offer your ideas! {link in bio} #catholic #names #babynames #catholicnames #catholicbabynames #mondaymotivation ((image: four of my middle guys sitting on the porch at the lake))