Every once in a while I get an email from a reader simply because she wants to share the story of her child’s name. I LOVE those emails! So fun! Zoe emailed me recently to tell me about how her daughter got her name, Meriam Joyce, and I thought her strategy might be helpful for some of you:

“Meriam is almost a year old now. She is my only child (so far) and originally finding a name we both liked was tough. We decided that I would get to choose the girl name and my husband could choose the boy name. At fourteen weeks, we agreed on Mia for a girl and Jack for a boy. Shortly after, we found out we were expecting a girl. But something about Mia just didn’t feel complete.

When I was 6 months pregnant, my mom was visited by Mother Mary in a dream. My mom already had a strong devotion to the Blessed Mother, especially when she was immigrating to the United States by herself as a young adult in the 1970s. This has been passed on to me as well; there are many times in my life that Our Lady has intervened on my behalf. In the dream, Mother Mary told my mom that the baby should be given a Marian name, specifically the name Miriam. I have since read that “Maryam” is probably one of the most accurate forms of her name during the time of Jesus.

My mom brought this to me and I liked the significance of the name. We decided to stick with Miriam instead of Mia and changed the spelling to Meriam. My grandmother is Melinda and my sister is Ria Melinda. So ME from Melinda combined with RIA M from Ria Melinda spells Meriam. Joyce is after my mom, who originally had the dream.

We were going to eventually incorporate Mia as a nickname, but it never stuck. We usually call her Mer (pronounced “mare”), Meri (like Mary), or Blueberry (because during our first ultrasound, she was the size of blueberry). Meriam is named after many special women and we are delighted to be her parents.”

Isn’t this such a great story?! I love Marian names anyway, but with this little Meriam having the extra significance of ME from Great-Grandma Melinda and RIA+M from her aunt is ah-MAZ-ing! And Joyce for her Grandma! All the important women in one beautiful little girl’s name!

Thanks to Zoe for sharing her daughter’s name story, and for sharing this adorable picture! 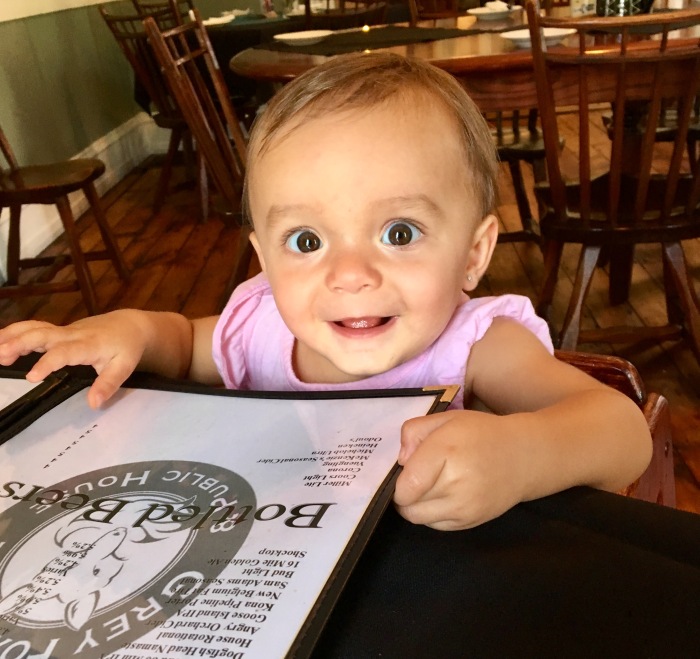